It is said that a divine proportion can be found in nature and other things around us. This proportion can be seen at work in countless things including our bodies, beehives, flowers, etc. Every designer must also know about the Golden Ratio and its use.

You will find a complete explanation of the Golden Ratio in this article, along with tips on how to use it in modern designs, especially in Logo Design. The ratio is used in modern designs because it provides a sense of proportionality and the end result is pleasing to the eyes.

What Exactly is The Golden Ratio?

The Golden Ratio is represented by a mathematical constant known as Phi. The value of Phi is 1.618033987.The ratio can be obtained the following equation:

Another way of explaining the ratio is through the famous Fibonacci sequence. The sequence starts with 0, 1 and adds the previous two terms to get the next one. It goes like this: 0, 1, 1, 2, 3, 5, 8, 13… The quotient of two subsequent Fibonacci numbers gives you the golden ratio. Consider the rectangle in the figure below: 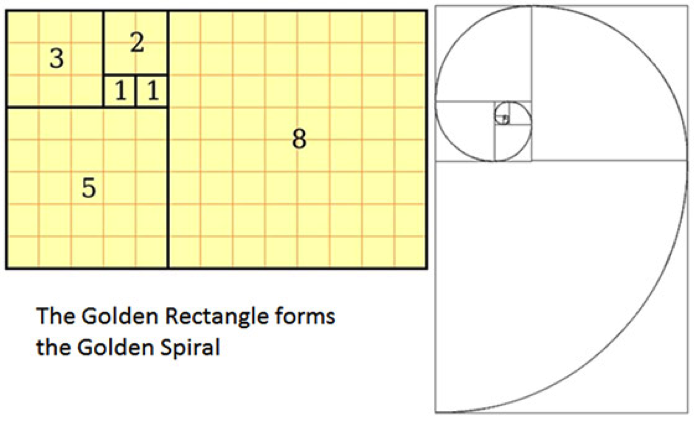 (Image Courtesy of: The Golden Rectangle and the Golden Arc)

Once you have the rectangle of 1, 1, 2, 3, 5, and 8 boxes as the one in the image above, draw an arc, with square side as radius, in a way that the arc touches both the diagonals of each rectangle. This will give you the Golden arc (also known as the Golden Spiral).

In Art and Architecture

Ancient Greek Architecture has made use of the Golden Ratio between width and height of buildings to create aesthetic and pleasing structures such as Parthenon. Artists such as Leonardo Da Vinci have made use of the Golden Arc and Golden Ratio extensively in their paintings. Following pictures show examples of structures and paintings incorporating the ratio and the arc. 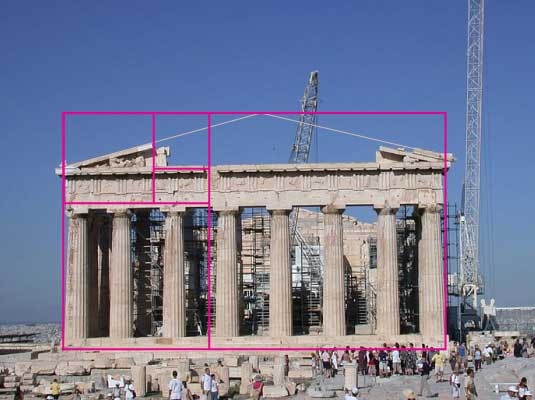 (Image Courtesy of: The Parthenon) 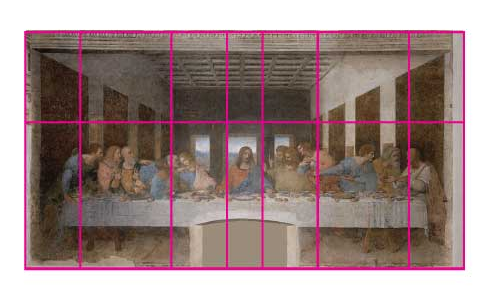 (Image Courtesy of: The Last Supper) 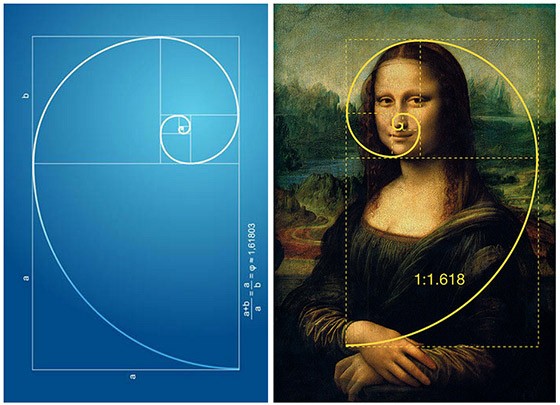 Applications of the Golden Ratio in Logo and Web Designs

The Golden Ratio and Fibonacci numbers also find their uses in modern logo and web designs. Many designers use them to produce visually aesthetic designs. For example, Google has redesigned its logo in accordance with Fibonacci sequence. Also, in Apple’s company logo, all the cuts in the appleare parts of arcs of circles true to Fibonacci numbers. This can be seen in the following picture: 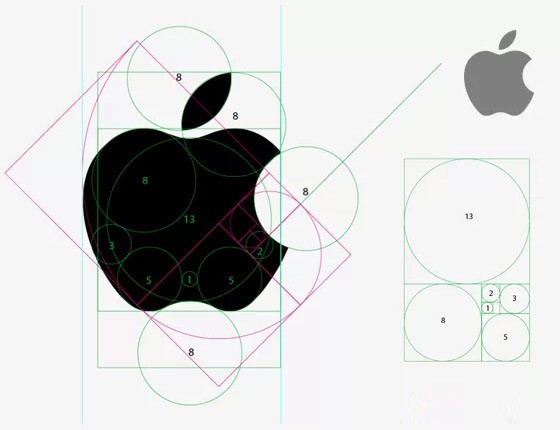 Tips for Designers to Master in Creative Collaboration

As the role of a designer is becoming Read More

Web designing has become a lot easier in Read More

Finding the right software which is according to Read More

Choosing the right font can make your design Read More

How To Design A Pitch Deck In A Unique Way

Imagine you have a great business plan, but Read More